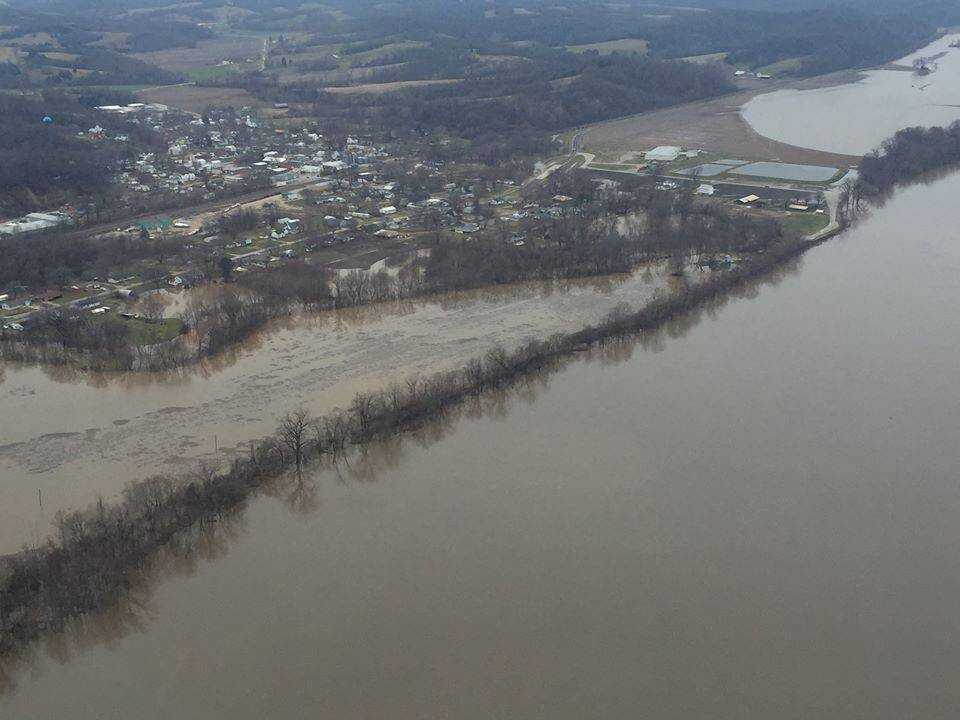 A news alert popped up on her phone . . . flash flood warnings were being issued. She ignored it and went on with her tasks of the days. A news item popped up on her computer . . . I-40 at her former home in NM was closed due to heavy blizzard conditions, icy roads and no visibility from Albuquerque to the Texas state line. Pictures started filling her timeline from friends in Eastern New Mexico and the Texas Panhandle. She prayed for their safety and went on.

Monster tornadoes were ripping the Dallas area apart. Hearing the news, she picked up the phone to check on her niece, sister-in-law, and cousin. Horrible storms were rumbling across Texas and a massive tornado wiped out communities--she had seen that type of destruction before. Her family was all safe--Thank God.

Another warning alarm went off on her phone. The road south of town was under water, the levee at the bridge was seriously compromised. A creek on the north side of town was out of its banks and that road was closed. With the river to the north of the community and no bridge, that only left the road to the south--thank God it was high ground (once she got up the hill).

She could hear the sound of running water from her home. The 1890s home had its challenges, but it was on high ground and should be okay, but . . . the cellar was leaking and filling with water. The water was rising. Finally, it took out the furnace. Brrrr . . . no heat . . . but they had space heaters that would surely get them through the night.

News flashes filled her computer with news of the snow, the tornados, the floods, and the decision not to press charges for the death of a 12 year-old boy. One of the many comments she read:

Today, yet another Black child's life was rendered disposable, not by a grand jury of his peers, because he was only 12 years old. His peers are not even old enough to serve on a jury. Murdered by law enforcement. His only crime was being a 12 year old Black male child in a poor neighborhood. Those two factors alone robbed him of his youth, robbed him of protection, robbed him of any benefit of the doubt (Traci Blackmon).

Her heart broke yet again--wondering of reactions, and reactions to reactions.

So much anger. So many people hurt. So much violence. Storms, breathing while black, breathing while white, Muslim, Christian, Jewish, good cops, bad cops, racists, terrorists, people who exploit others, fear-mongers' . . . all whirled into an overwhelming grief at the state of the world; the fear and anger of people; the lack of care and respect for others. It frightened her. It broke her heart.

Do not be daunted by the enormity of the world's grief.

You are not obligated to complete the work,

but neither are you free to abandon it.

The words of Micah 6:8 came to her mind:

He has told you, O man, what is good; and what does the Lord require of you except to be just, and to love [and to diligently practice] kindness (compassion), and to walk humbly with your God [setting aside any overblown sense of importance or self-righteousness]? (Amplified)

God, there is so much violence and fear in our world. It is a fearful time and we are so easily overwhelmed. Teach us to trust in you. Teach us to walk in your way. Open our minds to true justice rather than revenge. Open our heart to true love. Open our eyes to see others as you see it. Encourage us, strengthen us, guide us, as we begin this New Year and dedicate ourselves to walking with you. So be it. Amen.