Angels danced the day you were born! 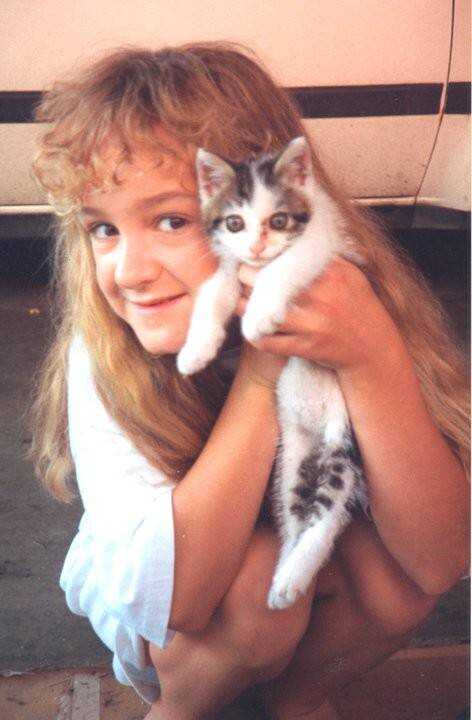 I wake up this Friday morning, January 15, 2016, to the sound of rain on the tin roof of our cabin near Moore Haven, FL, and I remember that this is a special day. Thirty-four years ago, I was lying in the delivery room at Southeast Hospital in Cape Girardeau, Missouri, when the doctor said, "It's a girl!" I laughed and laughed!

These days, mothers always know if their unborn child is going to be a boy or a girl, but back in the medieval ages--when I had my three children--we were completely in the dark!

I was 40, and all the medical advice was against a woman's having a child that late in life.

How wrong the advice was! As usual, God knew more than all the medical experts.

We mortals "see through a glass darkly" and could not know that a bare 15 years later, my husband would "shake off this mortal coil" and be called heavenward. I can only imagine how dark my life would have been, but for the sunshine of that little girl who came to me late in life.

But for her, there would have been no trips in to the Advance park, where she roller-skated with her little black dog "Wuz," as I walked the miles, around and around.

But for her, there would have been no hair bows and frilly dresses, no little beauty pageants, no gymnastic meets, no cheerleading camps, no trips down to the little pond with her brother and his friends to come back covered in gray mud, when they slipped and fell in the murky waters.

There would have been no poems about puffins and cats and owls to recite to her daddy just before bedtime.

There would have been no silly "tag team wrestling matches" with her older brothers, when she was given a stuffed raccoon or a blanket for a partner.

At the age of fifteen, my daughter wrote a poem about her father and read it at his funeral. I could never have done that.

Without my daring, independent child, I would never have driven a UHaul van 900 miles across the hills of West Virginia to see the East Coast of the United States, gripping the steering wheel and praying for divine guidance. I still shudder, when I remember my trauma at having to leave her behind, to work in that alien land called Norfolk. How did I summon up the courage to do that? What a blessing now to have her home again!

Happy birthday, Kristin Nichole! You have been a rare experience for your mother. The angels truly danced the day you were born!