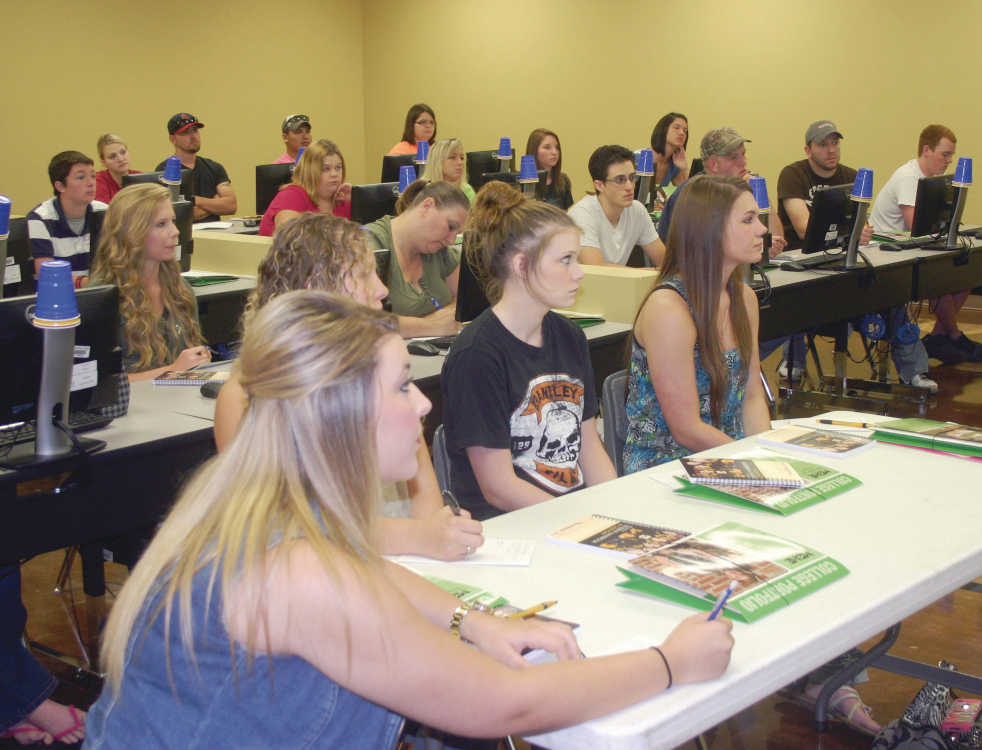 Dexter Center TRC Director Bill Hampton said the campus had a goal of 500 students for the fall semester, but that was unlikely due to a ruling by the U.S. Department of Labor (DOL). The ruling states that under the Affordable Health Act, TRC must provide health care benefits to all instructors who teach more than nine credit hours in a semester. Hampton said keeping instructors under nine credit hours would mean that some classes that could have been expanded due to demand, will not be.

TRC administrators have questioned the DOL ruling, but with no success, even though some instructors do not want the health care benefit.

"DOL has not moved on their stance," said Hampton. "They will not let you sign off."

The growth at the Dexter TRC campus has been beyond the expectations of the TRC administration in Poplar Bluff. The Dexter Center opened in the fall of 2011 with 110 registered students. It immediately began to grow, hitting 455 students in the spring semester this year. With that steady growth, Hampton was optimistic that the enrollment would go over 500 for the fall semester. The DOL ruling has postponed that milestone.

One course area particularly effected by the DOL ruling is chemistry. Chemistry is a required course for those entering the nursing program, which is in high demand by students. Hampton said there was enough interest to expand the class to four three-hour credit offerings, but doing so would go over the nine-hour limit for the instructor. So the TRC Dexter Center will not offer another class in chemistry this semester.

Hampton explains that many of the instructors at the TRC Dexter Center are teachers at area high schools such as Dexter, Bloomfield and Twin Rivers. He notes that all have the proper teaching credentials for college instruction.

"TRC as a community college is tied to the public school retirement program," says Hampton, "so teaching at the Dexter Center helps them."

Those teachers can add to their retirement program, while filling a critical role at the college in Dexter.

The DOL ruling has also meant cutting back the hours for Larry Carney who teaches accounting and math. Hampton said Carney's teaching schedule had to be cut by three credit hours. Carney also volunteers as a tutor to students in English and math.

"He is an asset to the Dexter Center," according to Hampton.

Hampton says the Dexter Center is more fortunate in their anatomy and physiology course offerings. Students in that class receive four credit hours, so two classes can still be offered.

Parking quickly became an issue as student enrollment grew. An agreement was worked out with Norman Harty, who owns adjoining land, and that property provides additional parking for TRC Dexter Center students.

Hampton says the Dexter Center is looking into expanding their curriculum. The campus building has 12,000 more square feet of space for future expansion. The Dexter Chamber of Commerce, the Stoddard County Industrial Authority, former Sen. Rob Mayer and former Rep. Billy Pat Wright all worked with Three Rivers College to locate the campus in Dexter. Hampton sees the need for more vocational education offerings in the future, and the additional space would provide an excellent classroom space, he says.

TRC Dexter Center is always looking for people who can teach and have the proper credentials, says Hampton. More instructors would allow the center to expand their class offering for English, math and history. It would also allow the TRC Dexter Center to top the 500 enrollment mark, which was all but certain this semester until the DOL ruling.