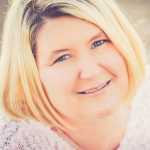 In February, Driea Rodgers, 35, of Advance visited Cross Trails Clinic because she was experiencing problems with her speech, spelling, and memory. She was referred for an MRI two days later. Doctors made a shocking discovery: Rodgers had two masses in her brain. One was benign but the other was determined to be a stage four malignant tumor.

Just a week later, Rodgers underwent a 12-hour surgery to remove the masses. Doctors told her that the malignant tumor was classified as a glioblastoma, which is a type of cancer that Rodgers says is guaranteed to return someday.

"When I found out I had cancer I was shocked. But I've gone through things in my life and I've always come out of them. This is just one more thing to deal with," Rodgers says. "I believe that God only puts so much on your shoulders, not more than you can handle."

submitted photo Rodgers wears a device that attempts to keep tumors from reforming.

She began chemotherapy and radiation treatments in April. The treatments weakened her and caused her to gain wait. She now has difficulty writing, walking, and spelling.

"My memory is completely shot. I could be talking and mid-sentence forget what I'm talking about," Rodgers says. "I also have no hair. Kids and adults look. They are just curious and that's ok. But I was a hairdresser and it's really hard to not have hair now."

Rodgers completed the first round of chemotherapy treatments in May. She now takes a chemotherapy pill for a portion of the month. She's also using new technology, the Optune machine. The machine consists of pads she wears on her head which transmit currents through her head to help prevent the cancer from reforming.

The machine weighs 10 pounds and has to be worn for 18 to 20 hours a day. The machine, along with Rodgers' increased chances of seizures due to her treatments, keeps her from working. The machine also costs $21,000 a month. Still, Rodgers feels lucky to have it.

Doctors don't know what caused her cancer and there is currently no cure.

"It's guaranteed that this cancer will take my life someday. In the meantime I want to eventually get into supporting research and raising awareness. Breast cancer has a lot of awareness. My grandmother died of breast cancer. But there are other cancers nobody knows about," Rodgers explains. "I would like to get information out there and get folks to help support research for other types of cancers. Maybe someday in the future someone will find a cure for my type of cancer. But when I do pass I want the researchers to take anything they need from my body to help the research."

Rodgers relies on the benefits held by friends and family members to help pay her medical bills.

"I want to say a big thank you to the town and community for all they've done for us so far. Our medical bills are going to be helped out with," she says.

Donations are placed into an account that is managed by a third party; the Rodgers have no access to it. The medical bills are then paid by the third party.

To find out how to help the cause, visit www.gofundme.com/geterdoneDriea or look up "BraincancerTumor DrieaRodgers" on Facebook.