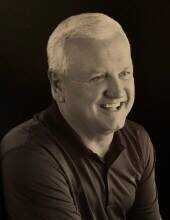 Mark was born to the late Olean Holland Stidham and Jimmy Lee Stidham, who survives.

On October 14, 1994 he was married to Debbie Miller Stidham in Dexter.

Mark was a member of the First Christian Church (Disciples of Christ) in Dexter, Missouri, where he served as Elder, as well as in many other capacities. Mark loved God, his family, and the community of Dexter.

Mark was employed with IXL Manufacturing Co. in Bernie, Missouri, from the time he was a young man in a management position, working with the E.L., Bob, and Yvonne Keathley family, who treated him as a son of their own. Mark was employed by the Keathley family for several years, with the exception of a brief management position with Hudson/Tyson foods.

In May 1997 Mark began serving as Ward 3 Alderman in Dexter, a position he served in until being called upon to become the first City Administrator of Dexter in March of 2001. He served in that position until the time of his death. In his role as City Administrator, he oversaw the Police, Fire, Street, Water, Wastewater, and Park and Recreation departments. He also was adviser to the Airport and Library boards.

Mark served on several other state and local boards; including the Regional Homeland Security Oversite Committee, the Missouri Municipal League, the Transportation Advisory Counsel, City Managers Association, and the Endowment Trust for Three Rivers College. He was appointed by Governor Mike Parson to the Missouri 911 Board in 2020.

He was preceded in death by his mother, Olean Stidham; wife, Velva Murphy Stidham; son, Jason Stidham; and a special aunt, Ann McCarley.

Visitation will be held Sunday, January 3, 2020 at the Mathis Funeral Home in Dexter from 11 a.m. until 2 p.m. with a Celebration of Life to follow. Interment will be at the Dexter Cemetery.

The family appreciates the many expressions of love and sympathy at Mark’s passing and would like convey to the public that masks are required and social distancing guidelines will be in place for the visitation and Celebration. The option of viewing virtually will be available on the Mathis Funeral Home website.