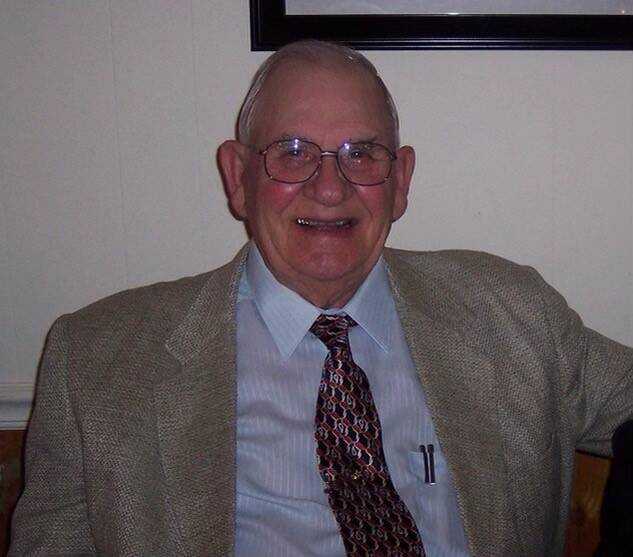 James Charles Barber was born in Harmony, Arkansas on March 18, 1931 to Charles Isaac Barber and Stella Mae Stepp Barber. He departed this life on December 16, 2021 at the age of 90 in Dexter, Missouri.  He was raised on farms in Arkansas and then Missouri.  Upon finishing high school, he fulfilled his patriotic duty by joining the US Army where he would serve for over 20 years.

Jay met and married the love of his life while stationed overseas in Europe.  He was married to Hildegard (Helen) Buttner on May 18, 1956 in Fontainbleau, France until her death on October 22, 1996.  Together they were blessed with six daughters who survive him:  Ingrid (Brett) Williamson of Essex, MO; Christine (Marty) Young of Dexter, MO; Susan Barber of Dexter, MO; Kathy (Mike) McGhee of Van Buren, MO; Peggy (Kevin) Evans of Essex, MO; and Patty Barber May of Dexter, MO.  He is also survived by grandchildren:  Jonathan WIlliamson; Kendra (David) Haas; Kaleigh (Dillon) Cordia; Parker (Kaleigh) Evans; Kelsey (Lofton) Hayes; Rilee Jones; Chase (Morgan) Young; Chandler Young; and Alexis May along with great-grandchildren: Logan, Harrison, Carter, Brady, James, Drake, Jon, Nate, Kennedy, Delaney, Clara May, Stella, Gracie, Drew and Hudson. His sister, Avis Hupp of Sikeston and his brother, Jerry (Glenda) Barber of Dexter also survive along with his brothers-in-law, Horst Buttner and Helmut (Rosi) Buttner and sister-in-law Inge Buttner of Germany.  He was preceded in death by his parents and brothers Louis, Eugene, Seaborn, Clinton and Bob Barber along with brothers-in-law Heinz and Walter Buttner and great granddaughter, Elizabeth.  He is also survived by several nieces and nephews and many friends - locally, across the USA, and overseas.

Like many young soldiers in wartime, Jay found comfort in his Christian faith and was baptized into Christ by a fellow American soldier while he was held captive as a prisoner of war by the Chinese during the Korean War for 999 days.  He remained in the Army upon his release and lived in several places in the US and Europe. Later he also saw combat action in Vietnam where he was wounded.  He received the Purple Heart and other awards and citations for his military service.

After retiring from the Army, Jay and his family settled in Essex, MO where he worked as a heavy equipment operator for Elk Township until his retirement.  He loved raising his family and grew a big garden for many years.  He was known to give away a variety of vegetables and pecans to many family members and others every year.  Jay also impressed many local farmers with his one row of cotton each year which he planted and baled himself.

Jay and Helen loved to travel.  Each year they would go somewhere they hadn’t been before and revisit old favorites as long as they were able.  For many years he was active in the Former Korean War POW organization along with other organizations such as the Veterans of Foreign Wars, DAV, Eagles, Elks and the Republican Party.

Memorials may be made to the local Stars & Stripes Museum or the local Disabled American Veterans or a charity of your choice.