It is now official. The Dexter Board of Aldermen approved the use of UTVs (Utility Vehicles) on the streets of Dexter Monday night by a vote of 4-1. Alderman Tim Aslin cast the lone no vote and alderman Frank Killian was unable to attend the meeting. 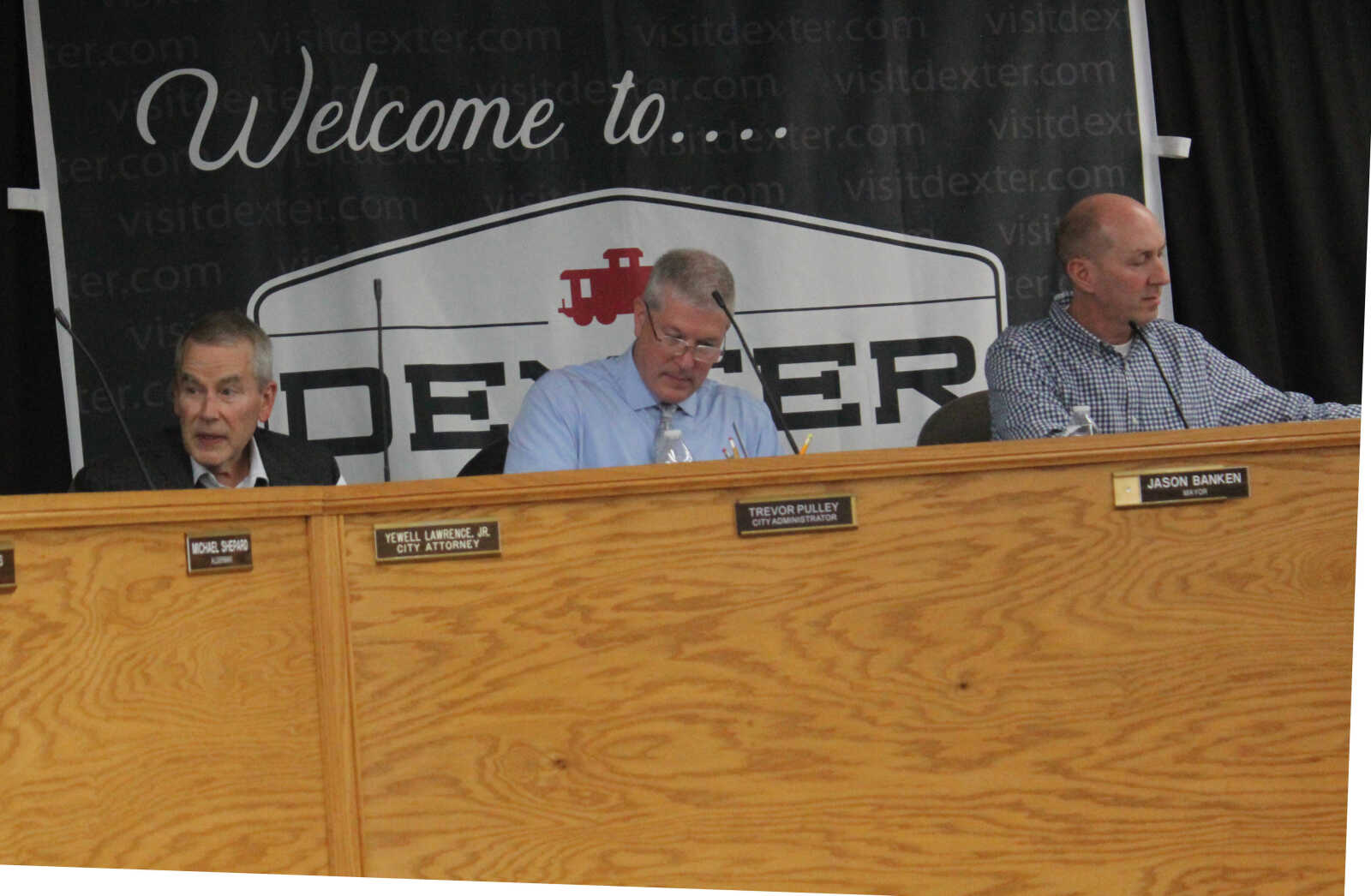 “I want to clarify my no vote on the UTV ordinance. It was solely on the issue of safety based on a written statement from a group of the largest manufactures, including Polaris and Can-Am that have urged cities and counties to not allow UTVs on city streets and paved county roads,” said Aslin after the meeting. “Essentially they have stated a disproportionately high number of serious accidents and fatalities occur on paved roads versus off-road for which the vehicles were designed.”

At the December meeting the city heard from the public and those in attendance were largely for the ordinance. City Attorney Yewell “Bud” Lawrence presented the ordinance to the board at the January meeting.

The ordinance takes effect on Feb. 1 and defines a UTV as any motorized vehicle manufactured and used exclusively for off-highway use, which is more than 50 but not more than 67 inches wide. The definition also says the vehicle has an unladen dry weight of 2,000 pounds or less, travels on four or six wheels and is used primarily for landscaping, lawn care or maintenance purposes.

The UTVs will be allowed on city streets with the exception of One Mile Road, Brown Pilot Lane, Central Drive, Grant Street between Park Lane and Two Mile Road, nor are they allowed on state or federal highways. UTVs may cross said highways where the speed limit is 45 miles per hour or less. It should be noted that Business 60 is classified as a state highway, meaning the UTVs cannot be used on Business 60.

The ordinance contains several requirements to operate a UTV in Dexter. Those include being owned and operated by a governmental entity for official use. A UTV operated for agricultural or other use may be operated between official sunrise and sunset on the day of operation unless equipped with two working brake lights and two working headlights visible from 500 feet and 100 feet, respectively.

UTVs operated by the owner of the vehicle must possess a permit obtained from the city clerk for a fee of $50. The permit may not be transferred and must be renewed every year from July 1-30. A sticker must be affixed to the right rear fender as proof of permit. A duplicate permit is $5.

People applying for a permit must be 18 years of age and possess a valid drivers license and current paid property tax receipts from the city and county containing the UTV. A waiver of liability approved by the city attorney shall accompany every UTV permit application to the city of Dexter.

The ordinance states that no one can operate a UTV within any stream or river in the city of Dexter except in the waterways that flow entirely within the boundaries of real property owned or leased by the operator, or upon which the operator has written permission to operate. No off-road operation will be permitted on any land owned by the city.

No person may operate a UTV in a careless manner as to endanger the person or property of another, while under the influence of alcohol or any controlled substance or in a manner that disturbs the public peace.

All UTV operators must have a valid Class F Missouri drivers license unless excepted under the laws of Missouri and valid insurance identification for said vehicle. No person may operate a UTV in excess of the posted speed limit or 30 miles an hour, whichever is less.

Every person operating a UTV on public streets in the city of Dexter is subject to all duties applicable to a driver of a motor vehicle. All UTVs must be equipped with an orange safety triangle in a shape not less than 30 square inches and constructed of substantial material with florescent yellow-orange finish and a reflective red border.

UTVs must be equipped with functioning turn signals, seat belts for each passenger and brakes in good working order and only carry the number of passengers the vehicle is designed to carry.

The ordinance also defines how children may ride in a UTV. Children less than four years of age and less than 40 pounds must wear an appropriate child safety seat. Children ages four through seven who weigh at least 40 pounds must be in an appropriate child safety seat or booster seat unless they are 4 feet, 9 inches tall. Children eight years and older or weighing at least 80 pounds or 4-foot-9 are required to be secured by a seat belt or appropriate booster seat.

The board passed a second ordinance allowing Mayor Jason Banken to execute a an agreement entitled “Missouri Department of Economic Development Community Block Grant Program.” The city received a block grant in the amount of $119,504 with city matching funds of $2,500. This grant will cover the cost of damage incurred by the EF2 tornado last summer.

The board accepted a bid from Rick Shipman Construction to replace the roof on Keller Public Library. The current tile roof exceeds the weight the structure is designed to carry and has started leaking. The building was constructed largely by monetary gifts to the city from the late Bud Keller, and Keller requested the current roof. The tiles will be replaced with Landmark Pro Shingles at a cost of $104,040.

The city received another grant in the amount of $1,440,313. This will fund the installation of a UV system for the city’s wastewater treatment and other needed repairs.

Water and Wastewater Superintendent Tom Espey announced his retirement after more than 40 years of service to the city and more than 30 as water and wastewater superintendent. Espey’s retirement is effective Jan. 27. City Administrator Trevor Pulley thanked Espey for his years of service to the city and out of respect to Espey did not want to name a new superintendent while Espey was still on the job. A reception for Espey will be held at city hall on Jan. 27 from 3 p.m. to 5:30 p.m.

In a final piece of business Mayor Jason Banken requested the hire of Tyler Gregory to the water wastewater department. The board approved the appointment.