Nola Beauton Jennings, daughter of the late Elzie Dennis Long and Vercie Martz Long was born on April 4, 1930, in Saffell, Arkansas, and departed this life on December 31, 2021, at the Poplar Bluff Regional Medical Center in Poplar Bluff, Missouri at the age of 91. 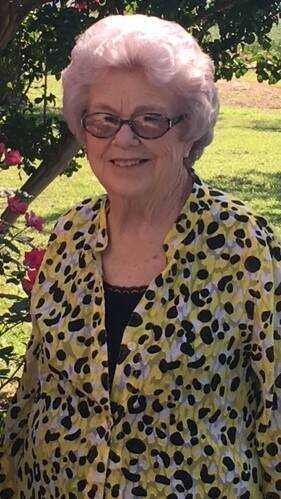 Mrs. Jennings was a member of the Pleasant Grove Community Church in Pyletown. She had worked at the Brown Shoe Company and Elders Manufacturing. She was quietly involved in different organizations throughout her life. She was awarded the Stoddard County Women’s Democratic Club Bessie V. Truman award. She helped senior citizens file and prepared their taxes. She was a vocal supporter of American made products and spoke to the United States Congress on behalf of Brown Shoe Company in support of helping American Factories compete against international imports.

On December 27, 1947, she was united in marriage to Leslie Charles Jennings in Piggott, Arkansas. Mr. Jennings preceded her in death on November 8, 1981.

Mathis Funeral Home in Bernie is assisting with arrangements.