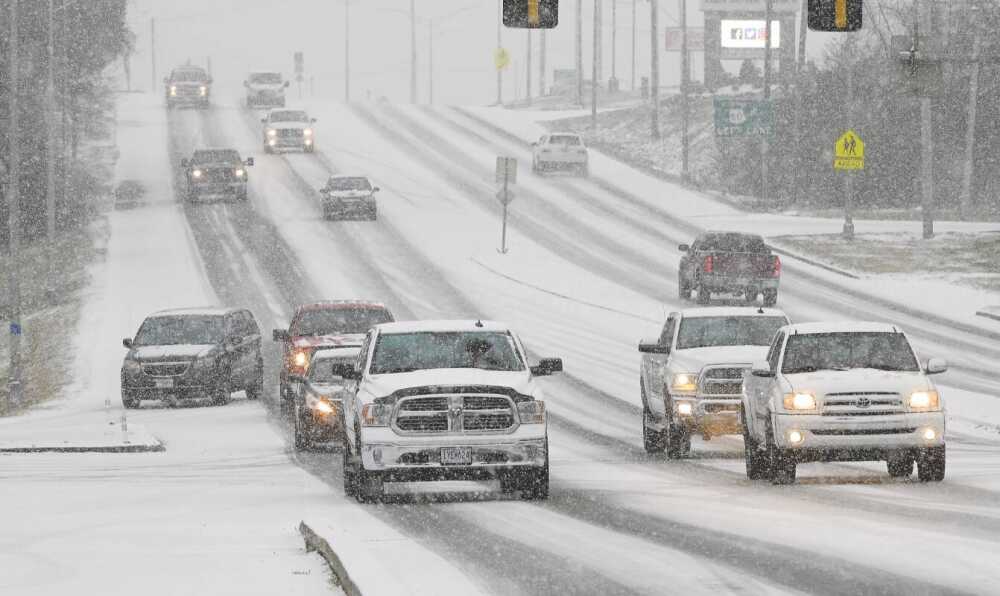 The National Weather Service reported the Poplar Bluff area received between one-half and one inch of snow, depending on the area, and Cape Girardeau got an inch. The Bootheel and areas of Kentucky recorded three to five inches.

“Nothing too crazy to terms of snow, but when it’s cold and this fluffy snow it definitely can cause issues on the roads,” said NWS Paducah meteorologist Derrick Snyder.

Sergeant Clark Parrott of the State Highway Patrol reported as of 1 p.m. Thursday, there were 131 calls to Troop E for assistance on the roads, 32 stranded motorists and 98 crashes, at least 13 of which resulted in injury. Most of the calls originated on Interstate 55 from the 60-mile marker near Sikeston all the way to the Arkansas border.

Parrott was discouraged by how many accidents were reported in only a light snowfall. Most of them were caused by recklessness.

“That’s what we’ve seen in all 13 counties of Southeast Missouri, is people driving too fast for the conditions,” he said.

Interstate 55 was eventually closed Thursday and remained so as of 3:30 p.m. Additionally, both the Twin Rivers and Poplar Bluff school districts canceled classes for Thursday and Friday.

The snow stopped well before Thursday night, but temperatures dropped from the high 20s to 8 degrees, with a wind chill near zero. Fortunately, wind speed remained mild. Friday night’s low temperature was projected at 15-20 degrees.

“We have a secondary cold front, which is basically a big push of arctic air from Canada that’s making its way south, and that’s going to bring some very cold temperatures,” Snyder explained, adding the cold was, “definitely a shock to the system” after a warm and mild December.

Things are expected to warm up this weekend, with highs in the 40s and lows in the upper 30s, putting the temperature back within the January average. There is also a chance of rain Saturday night going into Sunday.

The wintry weather was caused by two weather systems, one a “clipper” from Canada and the other from the South, colliding and combining.

“They had a little clipper system that came down from the northwest across the Central Plains, through Central and Western Missouri. And then there was another system that developed over the Mid South and that came up to the northeast, and so they began to merge and strengthen right over our area,” he said.