“I made a promise to my wife that after I turned 65 I would retire,” said Dexter Water and Wastewater Superintendent Tom Espey. “And she is holding me to it.”

Later this month Espey will keep that promise when his more than 40-year career with the city of Dexter ends Jan. 27. During his career he has worked under five different mayors and countless aldermen, police chiefs and other city officials. 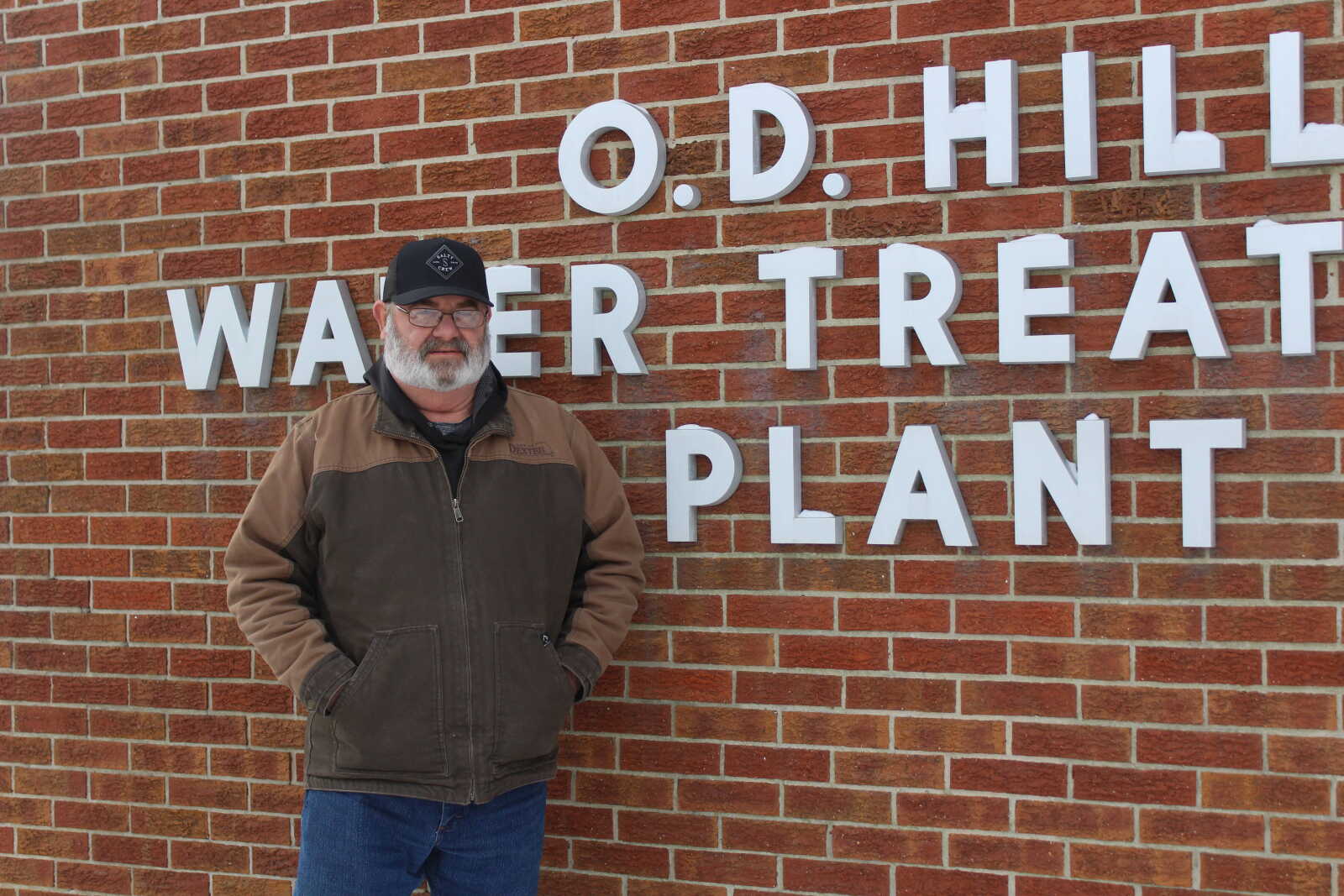 Espey graduated from Dexter High School and attended college at both Three Rivers and the University of Missouri St. Louis.

Following college Espey began working road construction during which time he said he suffered a couple of heat strokes and didn't deal well with it. In August 1980 then Dexter mayor Willis Conner was looking for what Espey described as “a jack of all trades and master of nothing.”

“Working with my stepdad in the plumbing, heating, air conditioning and electric end of it I had some skills in that and Willis knew it,” said Espey. “He contacted my wife and my wife contacted me and the rest is kind of history.”

Espey said he originally was hired in the water department but went wherever Conner needed him to go and took care of anything the city needed. Espey said he still does this to an extent but cannot get up and down ladders like he once did.

“I was on a service truck for 11 years, loved every second of it,” Espey said. “I worked with Jim Dowdy and Dave Montgomery. Those were the two primary that road with me during (that) 11-year period.”

In 1991 things would change unexpectedly for Espey when then Water and Wastewater Superintendent Joe Whitaker visited him on a Thursday afternoon.

“Joe came in one day — it was probably the fall of ’91 — and said he was going to retire,” recalled Espey. “I said when and he said tomorrow at four o'clock.”

“He laid the timesheet in my lap and said you’re the next man up. I told him what if I don't want that and he said well Willis (Conner) said you was taking it or he didn't need you anymore,” laughed Espey. “So with two small children I decided I could probably be the water superintendent.”

Espey admitted it was a trying time the first year he served as superintendent and said Jim Dowdy and Ken Tippen had to “talk him in off the ledge once in a while”.

Espey explained that the job is more stressful than people realize. This is due in part to having to work with government agencies such as the EPA and Department of Natural Resources. Espey said he advised the employee that may be his successor that he is not moving and will still be in Dexter should he need anything. Espey said he also advised his potential successor that it would take a year for him to completely settle in.

Espey also expressed his gratitude to Dowdy and Tippen for their help while he settled into the job because it was really stressful at times.

“I was told whenever I took it (the job) by my stepdad, Joe Hunter and Joe Whitaker, the outgoing superintendent at that time, to “try to leave the same or better than what you took it'.” said Espey. “I think I have done that.”

Espey admitted he was skeptical about a move the city made. That move was the hiring of a city administrator. Espey said at the time the city had gone 125 years without such a position, but he said it was one of the best moves the city has made in quite awhile.

Espey explained that prior to the the city hiring the first administrator, Mark Stidham, he had to round up the mayor and four of six aldermen when an emergency occurred. Once he had the necessary officials together, he could then get a decision from the mayor and aldermen as to how they wanted to address the problem. Once Stidham was hired Espey had to contact just one person, thus speeding up the response to the situation.

He said this has continued with current administrator Trevor Pulley.

“The city, they got a good one in Trevor Pulley,” said Espey. “I just wish I was about three or four years younger because I would like to see how it progresses with Trevor because he has done some great things in this short one year he has been here. It's been hard for him because he was trying to get used to the job.”

“Tom is a very valuable asset to the city of Dexter and will be greatly missed. Tom was very helpful in my transition period from police chief to city administrator,” said Pulley. “He was very instrumental in doing a lot of things for the water-sewer department and city of Dexter in the last 30 years. The city would like to wish Tom good luck on his retirement because he deserves it.”

Espey said he has always tried to put the public first as Stidham and now Pulley have done.

Espey said he will miss the guys he works with and the public the most when he leaves.

He said he won't miss the late nights, noting that recently he was called out at 3:53 in the morning to locate water lines for Ameren Missouri following an accident in town. Nor will he miss the classes and tests to keep his certifications current with the state.

Though Espey says he talks a lot about having to keep up with new regulations from the state, he says the representatives from the EPA and other agencies are good people and have treated the city well.

Espey said some things have changed since he started with the city. Along with some of the testing they no longer use copper. It (is) now CTS tubing. Flare is no longer used. It is now pack joint fittings.

“They told me to leave better than what you got it. I tried to keep that in mind when I do anything,” said Espey. “The biggest thing is don't do anything that will cost the people money. Try to keep cost as low as you can, keep quality as high as you can.”

Espey said he has no regrets as his career winds down. He said after he retires he will keep his options open, make sure he is available to the city, fish, do home improvements and spend time with his family.

Tom has been married to his wife Berty for 47 years. They have two children and three grandchildren.

“Me and the grandkids have a pretty good time,” said Espey. “My wife says I act more like them than their grandpa.”

“It has been fun, it is just time for a change,” said Espey. “Forty one years and six months is a long time in one spot.”

“I don't regret anything down here. I liked everybody I worked with,” said Espey. “We do have a whole bunch of different personalities and not everybody has a good day everyday. I try to keep that in mind.”