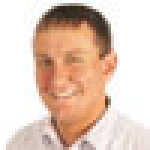 Balls & Strikes
Corey Noles
Corey Noles, staff writer for The Daily Statesman and Editor of The North Stoddard Countian, is the author of a regular baseball/St. Louis Cardinals column and also uses his blog to sound off on various happenings in sports. He also operates a weekly baseball mailbag column.

For those of you who have somehow managed to dodge the onslaught of news coverage on this past weekend's Live Earth concerts around the world, here's a quick run-down.

The concerts, organized in part by former Vice-President Al Gore in an effort to raise awareness for global warming, took place live on television for over 24-hours in venues across the world.

According to the Associated Press, the theme Gore pushed was that little things can make a difference in the big picture as opposed to the Bush-bashing extravaganza many expected. Gore touted energy saving light bulbs and unplugging devices from the wall when not in use as key ways to "do your part."

It's estimated that the event was attended by millions and streamed live online by more than 10 million viewers. That number does not include television viewers which is also estimated to be in the tens of millions.

While I must say, I was for several years a doubter when it came to the issue, in recent years I've come to see this as a real issue.

What is your take on global warming? Do you buy it or do you think its just a concept thrown out to scare some people into voting? Did anyone watch this weekend? Tell me what you think!

View 37 comments
Note: The nature of the Internet makes it impractical for our staff to review every comment. Please note that those who post comments on dexterstatesman.com may do so using a screen name, which may or may not reflect a website user's actual name. Readers should be careful not to assign comments to real people who may have names similar to screen names. Refrain from obscenity in your comments, and to keep discussions civil, don't say anything in a way your grandmother would be ashamed to read.