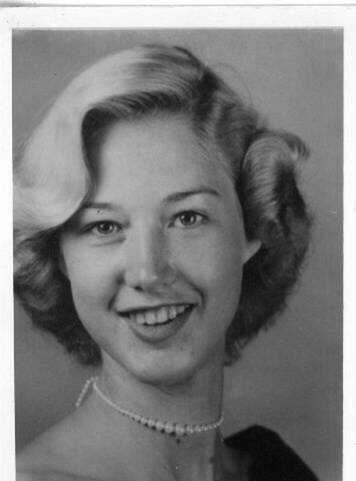 Virginia Settles Lemar was born on September 7, 1937 in Coleman, Georgia, and departed this life on November 8, 2021, at the Bloomfield Living Center, at the age of 84.

The oldest of three daughters, Virginia was born to Alfred Loraine Settles and Christine Elizabeth Gilmer (Bennett). Virginia was predeceased by her two sisters, Eleanor Adams and Anna “Ruth” Johnson.

Virginia Lemar was an extremely talented and hard-working woman. During her first marriage, Virginia was a co-owner of various newspapers, both weekly and daily from 1957 to 1977, including the Cuthbert Times, Cuthbert, Georgia, the Cabool Enterprise in Cabool, Missouri, the Fairbury Times, Fairbury, Nebraska, and lastly the Bloomfield Vindicator in Bloomfield, Missouri.

A licensed Emergency Medical Technician, Virginia also worked with the Stoddard County Ambulance District upon its inception as well as at the Bloomfield Convalescent Home. Her career in the medical field later evolved to that as a unit secretary and registration and admission clerk at various Humana Hospitals in Illinois, Tennessee, and Louisiana.

Virginia Lemar, also known as Jenny and Granny, was a talented seamstress and cook. She was an avid reader and loved collecting Snow Babies, Willow Trees, and especially Lighthouses. She was also civic minded and volunteered as a PTA leader, FHA Chapter Mother, a Girl Scout Leader, and as a Hospital Auxiliary Member at the Dexter Memorial Hospital.

Funeral services were conducted at Mathis Funeral Home in Dexter on Thursday, November 11, 2021. An internment will be held in December 2021 at the Missouri State Veterans Cemetery for both Virginia and her late husband, Jerry Don Lemar.