McCloskey running for US Senate to 'pull back our freedoms'

Attorneys Mark and Patricia McCloskey garnered global news attention after the couple pointed guns at Black Lives Matter protesters as they traveled down the McCloskeys' private street in an affluent St. Louis neighborhood. 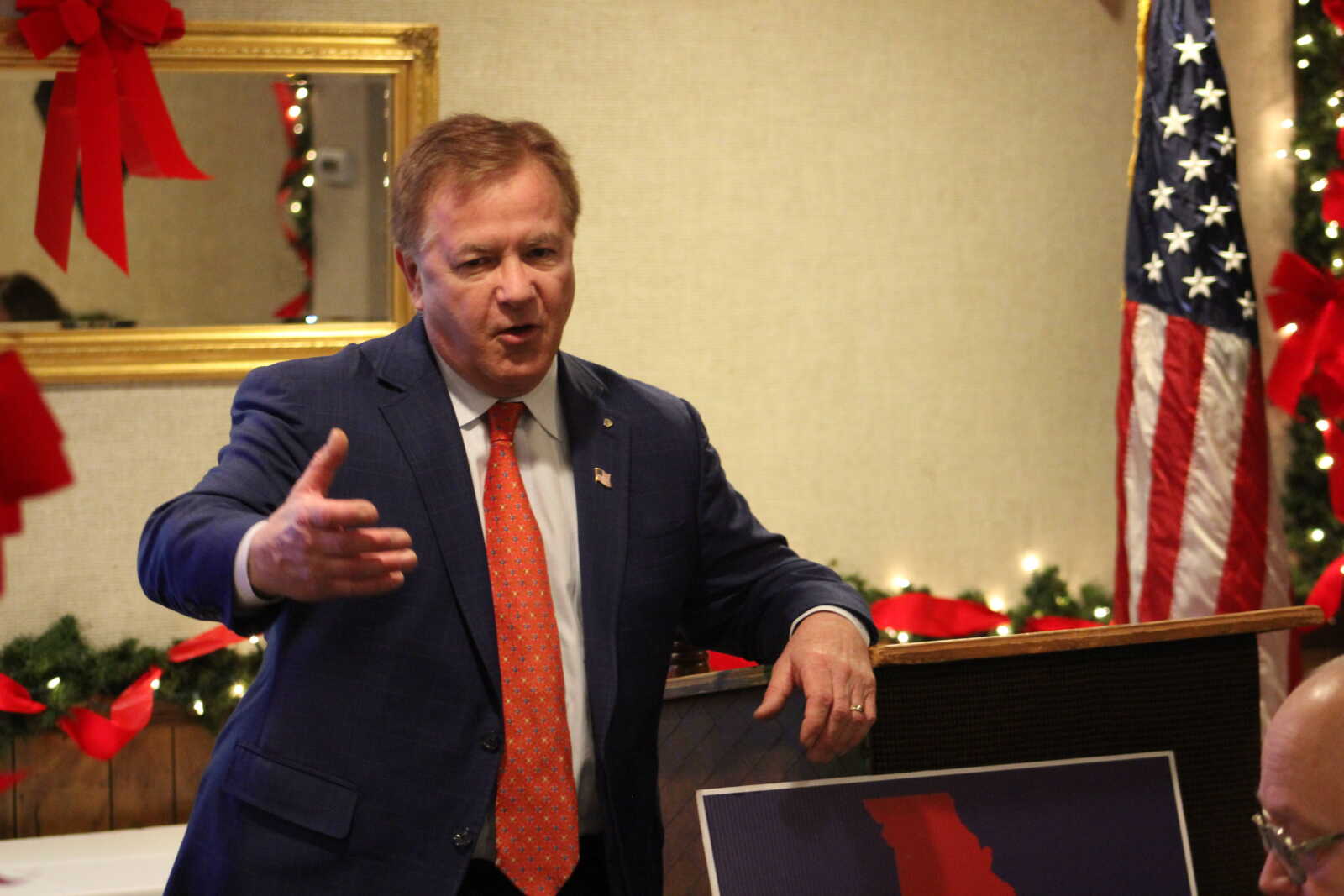 The McCloskeys' actions on June 28, 2020, were met with both praise and scorn.

For Mark McCloskey, however, the day marked a transformative moment.

"If you would have asked me a year and seven months ago, before this attack on our home, what I wanted most in the world, I would have told you I want the world to leave me the heck alone -- let me live out the rest of my life in peace and comfort," Mark McCloskey said in an interview with the Southeast Missourian.

But Mark McCloskey's first attempt to hold a public office was not contingent upon the events on June 28, 2020, he said.

"My participation in the public arena would have inevitably occurred," he said. "Action had to be taken to try to save this country and call back our freedoms and restore some sanity on what's happening on a national basis."

A moment of clarity followed a second "attack," as Mark McCloskey called it, on he and his wife's home five days after the initial incident.

At the same time, former President Donald Trump gave an address at Mount Rushmore. Many media outlets called the speech divisive because of the former president's condemnation of cancel culture and what he saw as left-wing efforts to remove monuments.

The McCloskeys missed the speech because of the protesters' return to the area near their home, but Mark McCloskey said the mainstream media's response to Trump's speech the following day showed him "there's something seriously wrong with this country."

"We made a decision that day to put the rest of our lives on hold and do everything we could to pull back our freedoms and restore our individual liberties and preserve the country," Mark McCloskey said.

Mark and Patricia McCloskey went on to campaign for Trump in various states such as Missouri and Texas.

Mark McCloskey announced his run for U.S. Senate in May.

If elected, he said his primary initiatives include decreasing industry regulations, rebuilding the military and trimming federal bureaucracy.

"I think the influence of unelected bureaucrats and agencies such as the Centers for Disease Control and the Department of Education should be severely curtailed so we are not ruled by the arbitrary decisions of unaccountable bureaucrats," Mark McCloskey said.

The solution to any of the United States' problems, Mark McCloskey said, will not be found in career politicians.

"I'm a person who is not afraid to say what I believe and [I'm] not a person who's afraid to stand up, even if it's at the risk of my own life," Mark McCloskey said.

"For that reason, we're not particularly well liked by anybody, certainly not by the left, and I think I'm kind of a frightening element to the mainstream Republican Party itself," he added. "I implore everybody out there, if they want to see real change, you can't do it by electing career politicians."