Small towns are the best! 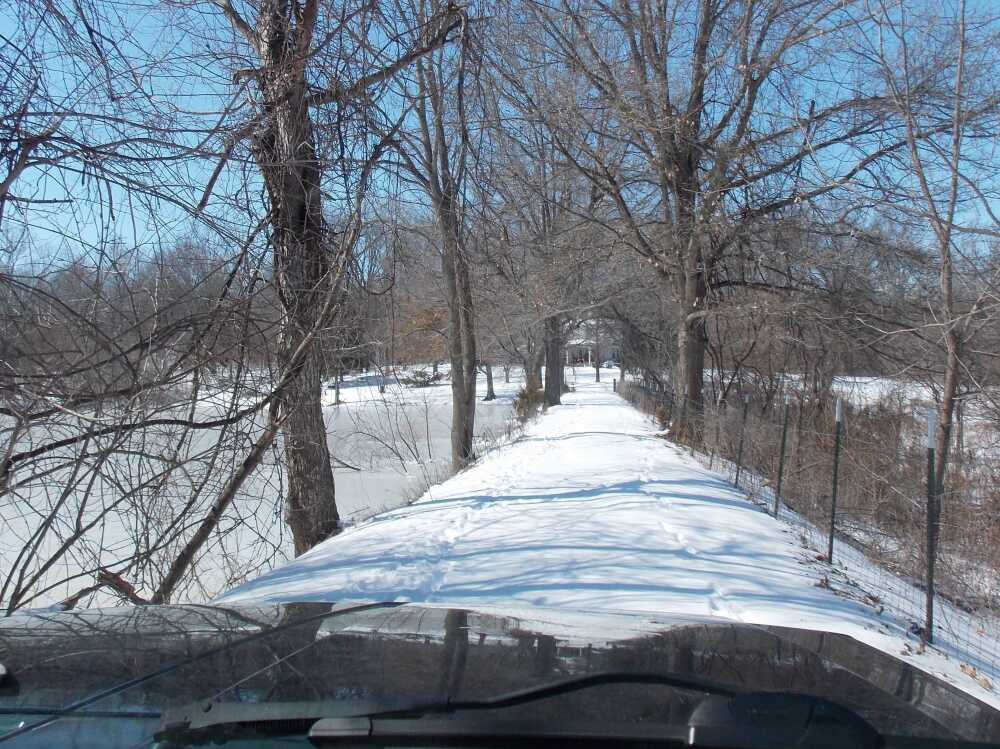 Now, why would the UPS driver NOT want to make a delivery to my house??? Yes, that is a pond on the left...

Life in the boondocks

I have lived in a small town for 40 of the 73 years that I have been occupying a space on this earth. For the first 33 years of my existence, I dwelled in the obscure darkness of cities larger than 2,000. Little did I know what I was missing.

I can now say, without equivocation, that small towns are truly the best!

Case in point--Just last week, I received a postcard from a friend we made on the Big Cypress Seminole Indian Reservation in Florida. As the Director of Seminole Tribe Tourism, she was thanking me for the stories I wrote about the reservation. How did she find out about these stories? She looked at the Daily Statesman website, where I had posted them.

What is so uncommon about the postcard, you ask? Just this--It was addressed to "Madeline DeJournett, North Stoddard Countian, Advance, Mo. 63730." In any large city, that postcard would have been returned to sender, because there IS no North Stoddard County office in Advance, anymore. We closed it in August, 2014.

How did that postcard get to my rural mailbox out in the Tillman wilderness?

I'll tell you how--That's the big secret of a small town! Everybody knows everybody!

Another case in point--During the winter ice and snow, my daughter ordered something online, and the UPS delivery person knew he couldn't get over my lane--so what did he do? Yep, you guessed it--He left the package at the Advance library. Why? He knew I was the library director. Who would know that??

Before I retired from teaching, the UPS man would often deliver my packages to Oran High School, where I worked, rather than tackle the Tillman back roads, where he risked getting stuck in the mud--or worse, slipping off the lane into the pond.

Of course, the premier example of small town geography is provided by my sister Kathy, who came over from Springfield, MO in 1982, the year my daughter was born. Her instructions were to pick my two boys up at the babysitter's house, go by Ward's Grocery Store, and then bring kids and groceries home to Tillman.

Of course, she forgot the directions to the babysitter's house, so when she saw a man, raking leaves in his front yard, she stopped, rolled down her window, and said, "Excuse me, I'm looking for someone named 'Betty.' She keeps kids."

"Oh, yeah!" said the stranger. "Go down this street, turn left. She lives on the corner."

My boys told Kathy how to get to the grocery store. While she was shopping, one of the employees came up to her and said, "Madeline just called. She wants you to get Gator Aid, too."

"Mmm," said Kathy, looking at the shelf. "I wonder what flavor she wants?"

"She usually gets this one," said the young man.

Advance's reputation was thus sealed forever in my sister's mind as the most wonderful place on the earth in which to live!

Small towns are the very definition of HOME!