Video conferencing being set up in Stoddard County courts 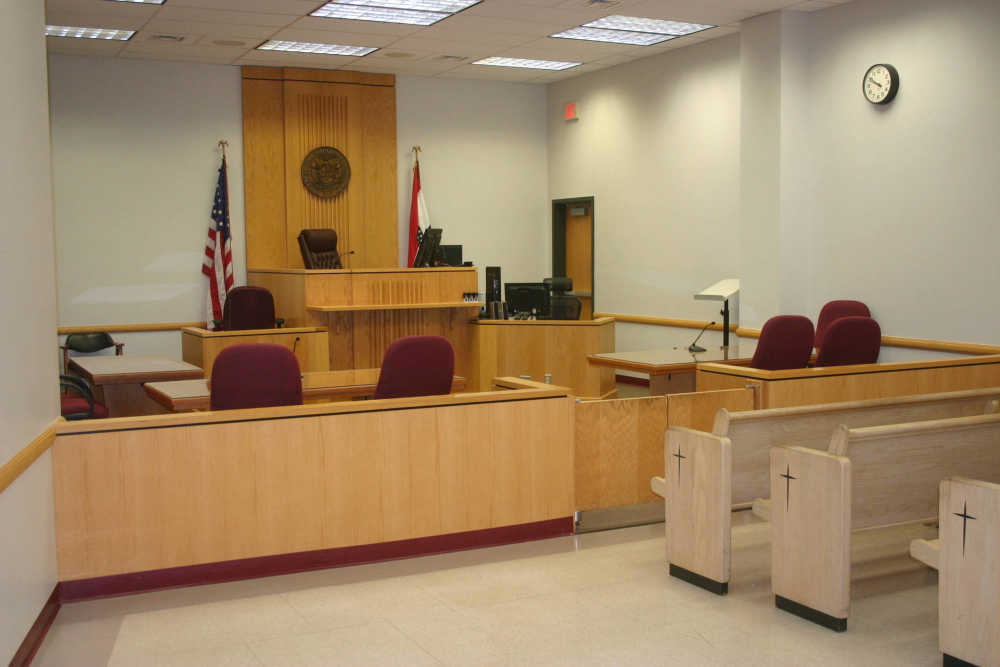 Stoddard County officials are working with the Office of State Courts Administrator to set up video-conferencing systems in each of the courtrooms this week amid concerns over the COVID-19.

BLOOMFIELD — Stoddard County officials began setting up video-conferencing systems in the county’s courtrooms this week amid the continuing concerns over COVID-19.

Both courtrooms have screens on the walls, and the system in working; however, it has not been hooked up to the jail yet, he said.

“It’s not completely operational until it’s in the jail, and attorneys can be over there with the clients,” Satterfield said.

The expectation is “we should have it by (Friday),” he said.

Until this week, Stoddard County did not “have any capability of doing (video conferencing) except in the juvenile system,” Satterfield said.

County officials spoke with a company in January about setting up video conferencing as part of the jail expansion, said Satterfield.

The use of video conferencing, he said, has been available for some time in the juvenile detention center for other counties to use.

“Dunklin County has one courtroom set up for that,” Satterfield said.

The system, he said, is used by the juvenile judge there, so the juveniles do not have to be transported to Dunklin County for court.

Satterfield said the staff of the juvenile office has been sent home.

“We’re staggering it out,” Satterfield said. “They are all at home working and have their computers. It doesn’t stop anything.

“They just are not in the office. Then the (deputy circuit) clerks, there’s only one in my office, one in (Associate Circuit Judge Brad) Jarrell’s office and two in (Circuit Clerk Paula) Yancey’s office.”

“We can always call them if we need a particular clerk,” Satterfield said.

“Basically, there are no civil cases going on except ex-parte and mental health orders,” Satterfield said.

As far as the ex-partes, Satterfield said, Judge Jarrell is issuing them, but no hearings are being held.

Satterfield said 96-hour mental health holds and emergency guardianships are being taken up, but “there’s very few of those.”

As Stoddard County’s juvenile judge, Satterfield said, he is taking up protective custody cases and juvenile detention hearings in person.

“It’s just the parties, the witnesses and attorneys,” Satterfield said. “That is all that can come in the door (of the justice center) as well. They are stopped at the door.”

In its order, the Supreme Court, said Satterfield, gave the judges discretion regarding their courts.

Those charged with misdemeanors, most don’t have attorneys and there is no way of notifying them that their case is being continued, Satterfield said.

“Last week and this week, we’ll have those people come through” in person, he said. “If they want to plea, they plea. If they have an attorney, we’ll set it out.

If a defendant wants to talk to an attorney or get an attorney, “that’s their choice, but if someone wants to get it over on a misdemeanor,” the case will be disposed of, Satterfield said.

“If they request any time at all, I’m setting it out to May or June,” he said.

No misdemeanor trials are being held, the judge said.

“Misdemeanors, we’re not doing anything, but they are filed and given a court date” to appear later, Satterfield said.

No traffic cases are being taken up either, he said.

“We still have people coming in who want to pay tickets,” Satterfield said. “The ones who want to come in to pay, we have someone there to take it” or payments may be made online.

Satterfield said he still is proceeding with felonies on any defendants in custody.

“We are taking up preliminary (hearings) and continuing,” Satterfield said.

For those defendants out of custody on bond, “it depends on the seriousness of the charge,” Satterfield said. “Some, we’re taking up. Some we’ll set them out to later.”

Some things haven’t changed even during the pandemic.

“Police officers will still be arresting people (but) it’s case by case who gets a warrant, who goes to jail and case by case what is taken up,” Satterfield said. “ … The police and court are still working.

“If people break the law, they will have their day in court. It’s not like you can commit a crime and nothing is going to happen to them, even if they are misdemeanor” crimes.

Satterfield said Presiding Circuit Judge Robert Mayer is doing the “same things as I am. No trials on civil or criminal (cases).

The difference, Satterfield said, at Mayer’s Division I level, the defendants have attorneys, and they can be reached.

“It’s easier to reach those that are not in custody” and let them know their cases are being continued, Satterfield said.

For those in custody, their cases need to be taken up and resolved one way or the other, Satterfield said.