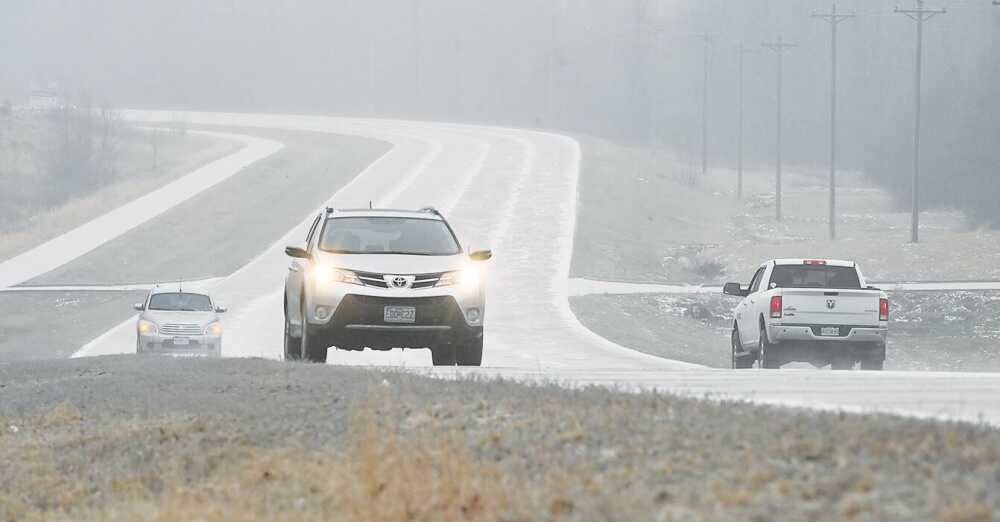 The Southeast Missouri region still is in the crosshairs of a winter ice storm Wednesday and Thursday, but officials with the National Weather Service expected as of early Wednesday afternoon that the worst of the storm would track farther south than the Poplar Bluff and Dexter areas.

“The area to the south and southeast, around the bootheel, is in a more prime zone than Butler County” for ice accumulation, said NWS meteorologist Rick Shanklin Wednesday morning.

The Doniphan, Poplar Bluff and Dexter areas all were projected to receive between one-tenth and one-quarter of an inch of ice through Thursday, Shanklin said.

The lower ice projections, he said, are no reason to relax.

“There are still hazardous conditions there, with the sleet and freezing rain we’ve been seeing,” Shanklin said.

By mid-morning Wednesday, the Poplar Bluff area began seeing increasing amounts of sleet and ice, with roads covered in a short period of time.

The worst areas by mid-morning Wednesday, Parrott said, were along I-55 and in the bootheel.

Shanklin expects the Poplar Bluff area will see “waves of precipitation” through Thursday, with a break in the early afternoon hours Wednesday “before we see some more develop and move across this afternoon and evening.”

He expects a slow down of precipitation during the overnight hours Wednesday into Thursday as the system moves to the southeast.

“I think it’s actually going to decrease starting tonight there,” he said.

Power outages, Shanklin said, are unlikely across most of Southeast Missouri, except in the bootheel.

“Probably not, but we can’t rule it out. When these heavier bursts that last for a couple hours come, it can get some accumulations pretty quickly,” Shanklin said. “The main concern for power outages is going to be toward the bootheel and points to the east and south of there.”

Shanklin suggests people avoid traveling if they don’t have to and to be patient if they do.

“You also need to be very mindful and cautious, not just when you’re in a vehicle, but also out walking,” Shanklin said. “Just walking outside with a layer of sleet or ice falling, it’s so easy to lose your balance, and we hear of so many broken limbs and injuries from folks doing that.”

Parrott agreed about the need to suspend travel.

Parrott said the Missouri Department of Transportation has its hands full trying to keep the roadways clear, and “the last thing we need is people sliding all over the place.”

The entire area also still is expected to see bitter cold temperatures over the weekend, Shanklin said, with lows in the Poplar Bluff area projected to be 6 degrees Saturday night and 5 on Sunday night.

“Usually when it gets this cold, it’s because you have cold winds. If we had clear, calm conditions, it would get even colder,” Shanklin said.

Winds over the weekend will make it feel much colder.

“We’ve got basically a 10 mph forecast for wind all the way through Monday, with gusts to 20 mph over the weekend when it’s the coldest,” Shanklin said. “Wind chill values are going to be really low.”

The cold air mass will begin to transition out of the area Monday into Tuesday, Shanklin said.

“We’ll start inching our way back out of it, and we have 25 for a high on Tuesday, so the trend is in the right direction,” he said.

Long-range forecasts, however, are calling for lower-than-average temperatures and above-average precipitation, “which could potentially be interesting,” Shanklin said.