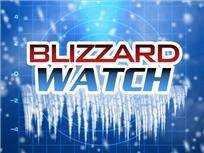 The National Weather Service on Monday upgraded the winter storm watch to a blizzard watch for Southeast Missouri, in effect Tuesday evening through Wednesday morning. A combination of up to about a foot of snow and winds gusting at 35 to 45 mph late Tuesday and early Wednesday will create low-visibility conditions around the area. The heaviest snow and strongest winds are expected between 8 p.m. Tuesday night and midnight.

Click for a link to the actual text of the watch.

As of early Monday morning, the National Weather Service updated its forecast to say about 10 to 15 inches of snow was possible in parts of Southeast Missouri and Southern Illinois.

Although a bit late, Southeast Missouri may have a white Christmas if forecasts for heavy snow late Tuesday and into Wednesday bring the amount expected.

A winter storm watch was issued Sunday afternoon for Southeast Missouri and Southern Illinois by the National Weather Service. The watch takes effect Tuesday evening and extends into Wednesday morning.

More than six inches of snow could fall during that time, and will combine with winds of up to 30 miles per hour, which could cause blizzard conditions, according to the National Weather Service. Forecasters are warning motorists to use extra caution.

For Cape Girardeau, the National Weather Service is forecasting an 80 percent chance of snow Wednesday, but there is a chance the low pressure system that will create the winter storm will shift track, meaning some areas could receive only rain. The National Weather Service's forecast high temperature for Tuesday in Cape Girardeau is 31 degrees, and temperatures are expected to fall into the teens early Wednesday.

Snow that could accumulate during the storm could mark the most significant amount received in the area this year. The winter of 2011-2012 was one of the warmest on record. Cape Girardeau last received about 1 inch of snow Feb. 13, according to the website Weather Underground.